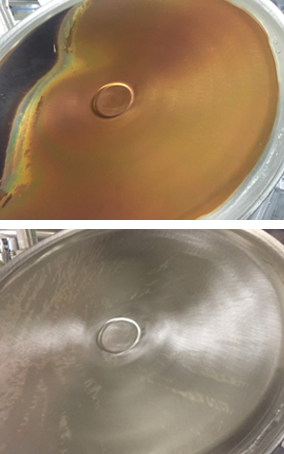 Rouging is an ongoing maintenance issue for pharmaceutical companies that operate stainless steel systems with steam or high purity water running at elevated temperatures. The combination of high temperature and pure water/steam will often allow the formation of iron oxides that proliferate throughout the systems in question creating a reddish layer on the surface of the stainless steel. There may also be an organic layer that forms on top of the iron oxide to make removal more difficult. If left alone the contamination may grow to such a level as to allow sloughing off of the iron oxide into the water stream and may also start to pit the surface of the stainless steel. The surface corrosion may eventually contribute to increased microbial contamination and further deterioration of the stainless surface.

Rouging may occur but not limited to these systems:

The American Society of Mechanical Engineers in their paper: ASME BPE B31.1-2016 describes rouge as having three (3) Classes:

Weakly attached to the surface and easily removed and dissolved. This rouge is generally hematite and red ferric iron oxide with low levels of other oxides or carbon content

This rouge consists mostly of hematite or ferric oxide with some amounts of chromium and nickel oxides as well as small carbon content. Class ll rouges are more difficult to remove than class one, and may require additional time to remove.

Is much more difficult to remove compared to Class l and Class ll rouge, both due to its chemical composition difference and its structural differences. These high temperature deposits form magnetite iron oxide with some substitution of chromium, nickel, or silica in the compound structure. Significant amounts of carbon are generally present in these deposits due to reduction of organics present in the water, which sometimes produce the “smut” or black film that may form during derouging. 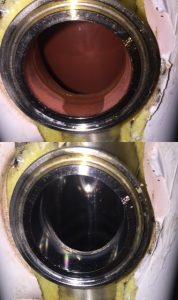 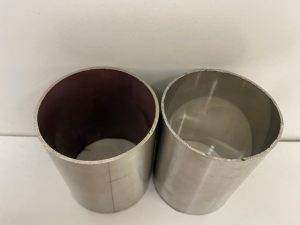 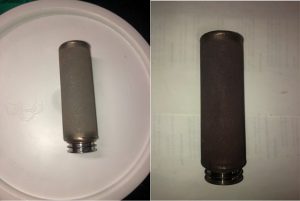